Firefighters from the City of Palm Coast and Flagler County Fire Rescue have deployed Advanced Life Support Engine Companies to the Florida Panhandle to assist with the Chipola Complex wildfires in Bay County.

The departments are deploying to the same area that was devastated by the eye of Hurricane Michael in October 2018.  Much of the activity related to the fires are from blown down timbers caused by Hurricane Michael, making it very difficult to fight wildfires. Under normal conditions, a wildfire would be contained quickly.

The crews activated Monday afternoon within three hours of being notified. Firefighters from across the state have been called up to respond to assist with three separate wildfires within Bay County: the Akins Avenue Fire, Bertha Swamp Road Fire and the Star Avenue Fire. These fires comprise the Chipola Complex. The request for resources came from the Florida Emergency Operations Center in Tallahassee.

Emergency Officials in Bay County have released the following information regarding the Chipola Complex Fire as of 9:30 a.m.

“It’s difficult enough doing our job in familiar surroundings. It’s even more difficult when we don’t know the community,” Chief Forte said. “I am asking the people of Palm Coast to keep our crew and all of the fire and law enforcement crews that are in the Panhandle in their thoughts. We want to do as much as we can to help our neighbors in the Panhandle during their time of need, and we are honored to be called there to assist.”

Crews are currently working wildfires within Bay County. Bay County is 1,033 square miles and a population of 174,705. They were directly impacted by Category 5 Hurricane Michael in October 2018.

This is the second major deployment of the Palm Coast Fire Department to the Panhandle since Hurricane Michael in 2018. They also deployed to Fort Myers during the 2004 hurricane season when hurricanes Charley, Frances, Ivan and Jeanne struck the state. 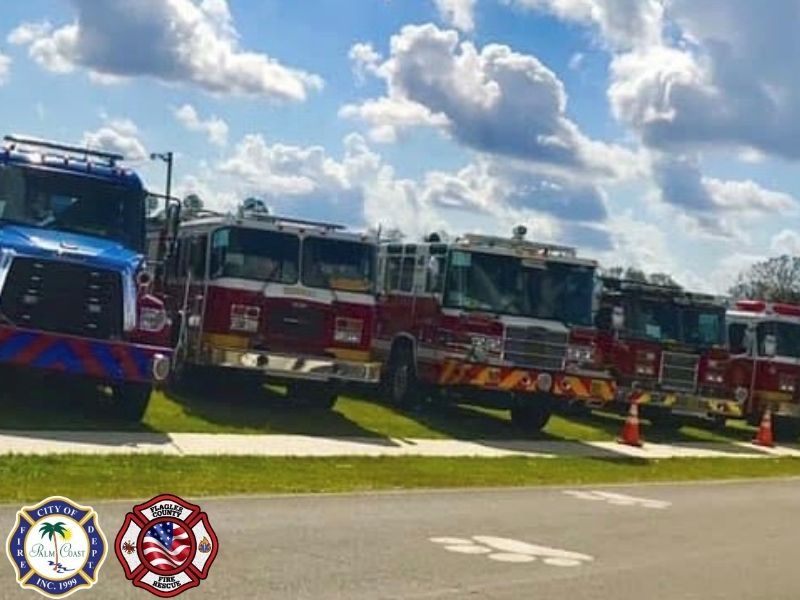