David Alfin Sworn in as Mayor of Palm Coast

Palm Coast – Newly elected City of Palm Coast Mayor David Alfin was sworn in on Tuesday, August 3, at the Palm Coast Council Business meeting at City Hall. Mayor Alfin was elected through a special election on July 27 to complete former-Mayor Milissa Holland’s term after she resigned on May 18. The current term runs through 2024.

David Alfin is the fourth elected Mayor in Palm Coast’s history. Growing up in St. Petersburgh, Florida, and Manhasset New York, Mayor Alfin lived in New York’s Mid-Hudson Valley before moving to Palm Coast in 2012. He lives on the north end of the city with his wife Tammy and seven horses, three dogs, and a cat. He has five children, one of whom attended Matanzas High School and was crowned Miss Matanzas.

Mayor Alfin has a comprehensive career in a variety of arenas: he owned and operated a Boar’s Head distributorship, a perfume & cosmetic company, a Flagler Beach restaurant, and he became a top producing realtor. Along the way he has served many organizations including the City of Palm Coast Citizens Advisory Task Force, the Flagler Value Assessment Board, and the Flagler Education Foundation.

“I am eager to bring unity back to the City Council”, Mayor Alfin said. “I believe Palm Coast is on the doorstep of opportunity for the long term with our MedNexus project in Town Center and I am honored to help shape projects like this in our city. I am dedicated to preserving public safety in Palm Coast to ensure we can always enjoy the lifestyle we strive to protect.”

For more information, contact the Public Information and Engagement Department by emailing Communications@palmcoastgov.com 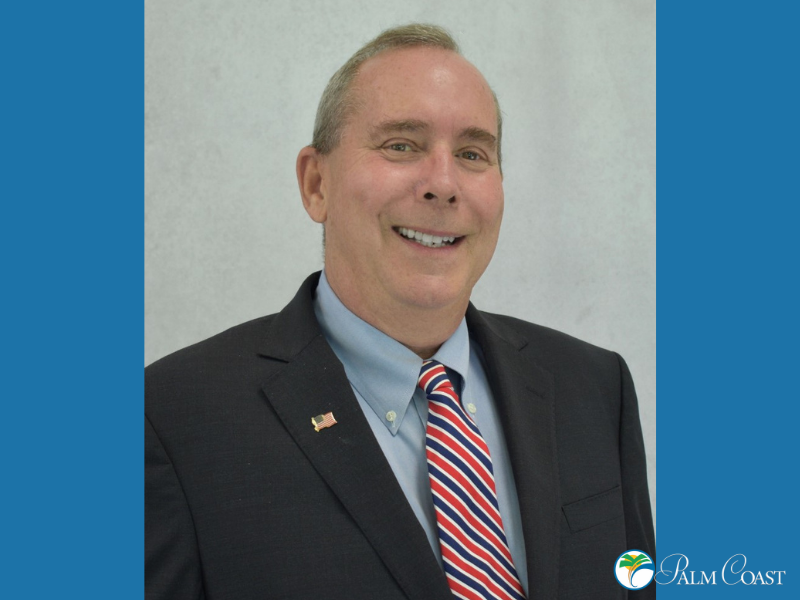