Palm Coast – Succession planning is not only something the Palm Coast Fire Department strives after, but it is a methodology that continues each time a new hire begins his or her career. The expectation for a broad management approach ensures that any personnel that may one day be called to lead, has had the mentoring, education, and development needed to do so successfully.

At June 7th’s Flagler County Board of County Commission meeting, County Commissioners approved an interlocal agreement to bring a member of the Palm Coast Fire Department in as the Interim Fire Chief for Flagler County during their transition in administration. This role is one that Deputy Chief Bradd Clark has performed in his career in the past.

The line of succession is a way to deepen the talent that is empowered to handle decisions at any level with confidence. “This is what successful succession planning looks like,” said Interim Assistant City Manager Forte. “We have been preparing for this for several years. By challenging ourselves, we can see how the organization can respond to any situation we find ourselves in.”

In 2012, then-Fire Chief Mike Beadle and then-Deputy Chief Jerry Forte looked at potential gaps in command with the upcoming retirements of several senior fire officers. They developed a succession planning program to prepare the next generation to be ready to step up into the rank above them seamlessly. “We are prepared and ready to accept the challenges ahead,” said Interim Fire Chief Kyle Berryhill. “We have been set up for success to carry out our mission of delivering the best service, every time.”

Over the past decade, the Palm Coast Fire Department has created mentoring programs in which they prepare firefighters to assume the role of Driver-Engineer, then for Driver-Engineers to assume the role of Lieutenant and act as the company officer, then for Lieutenants to prepare to act as Captains and be the shift commanders. “We have invested in our greatest asset, our people,” said Deputy Chief Bradd Clark. “The great part about this opportunity is that we have educated and prepared our staff to assume roles and continue the continuity of care, and now we get to show that all while helping out our partners in Flagler County.”

Following the transition in administration for Flagler County Fire Rescue, Deputy Chief Bradd Clark will return to his position in Palm Coast. 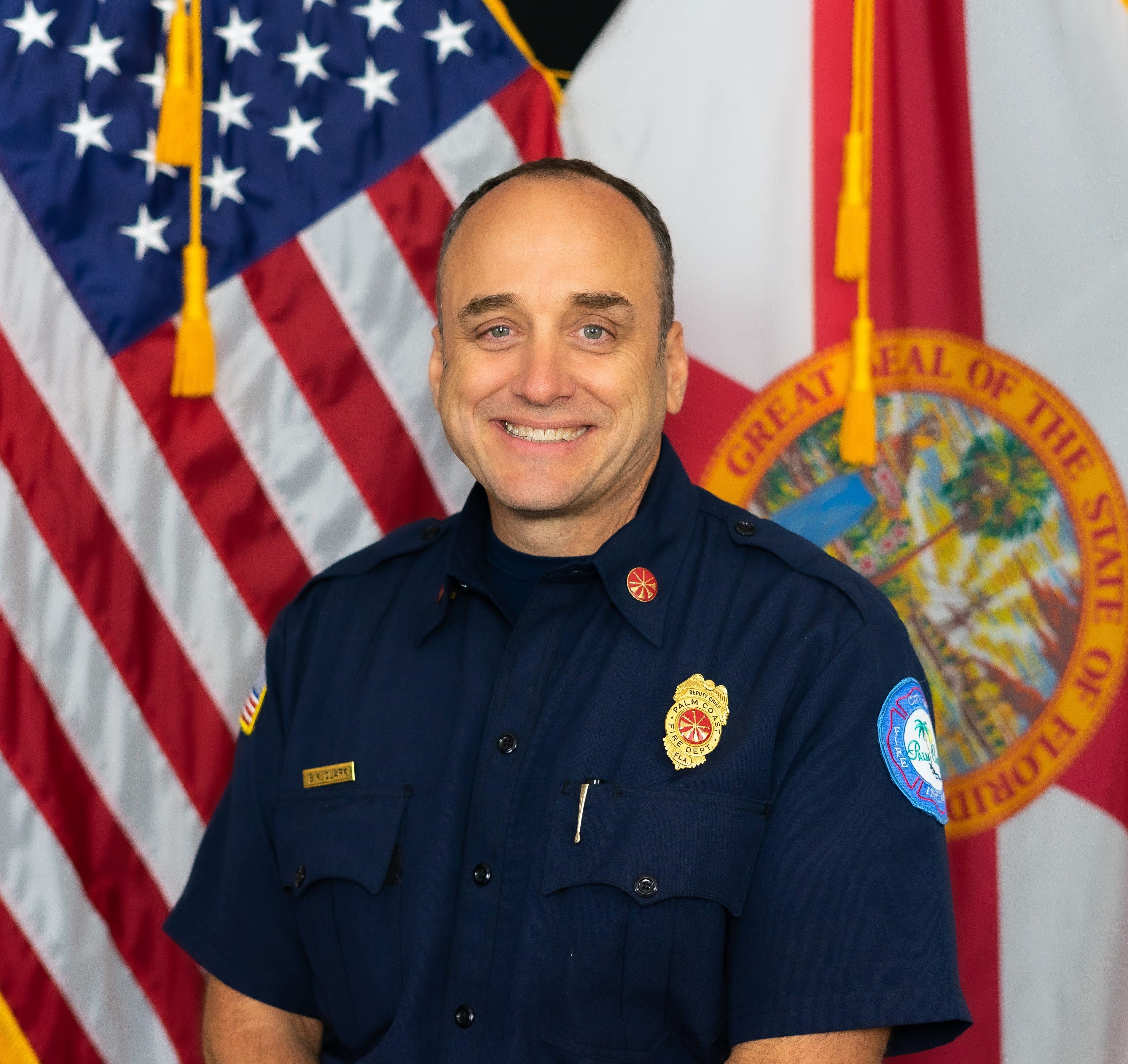