Experience It! New Connect Learn More
This page was printed from : https://www.palmcoastgov.com/newsroom/2021/6/1/10042/palm-coast-fire-department-dedicates-new-ladder-truck-to-local-fallen-hero?externalAnn=palm-coast-fire-department-dedicates-new-ladder-truck-to-local-fallen-hero
The Newsroom

The Fire Department took delivery of a 2021- E-One Cyclone 100’ Ladder Truck earlier this year. The Ladder Truck will be placed into front line service offering additional fire protection for all of Flagler County.

Sgt. Zachary J. Walters was assigned to the 2nd Battalion, 6th Marine Regiment, 2nd Marine Division, Marine Expeditionary Force based out of Camp Lejeune.  Sgt. Walters and a fellow marine were killed on June 8, 2010 while on patrol in the Helmand Province of Afghanistan. He was a graduate of Flagler Palm Coast High School, Class of 2005.

Zachary got his start in the Junior ROTC Program while at Flagler Palm Coast High School. His instructors noted that he always took the uniform seriously, and that stuck with him when he passed up scholarships and job offers to instead join the military. The day after graduation, at age 19, he joined the United States Marine Corps. He was laid to rest with full military honors at Dallas Fort Worth National Cemetery.

The idea for dedicating a fire truck to the memory of a Fallen Solider was proposed by Firefighter-Paramedic Christopher Strozier, who is a Navy Veteran.  Firefighter Strozier stated, “We often forget why we have the rights and freedoms we do. Dedicating the fire engine to the memory of a Gold Star Families is a small way to show our appreciation for what they have sacrificed.”

The Fire Department plans each Memorial Day to dedicate a Fire Engine to a Gold Star Recipient whose name is inscribed in the Veterans Memorial at Heroes Memorial Park.

“We’re not here to memorialize Sergeant Walters’ life, rather to celebrate his call to duty to preserve, protect and defend,” stated Fire Chief Jerry Forte. Chief Forte added, “As this ladder truck offers protection to our citizens during their calls for help, Sergeant Walters’ legacy of protecting our Nation is carried on.” 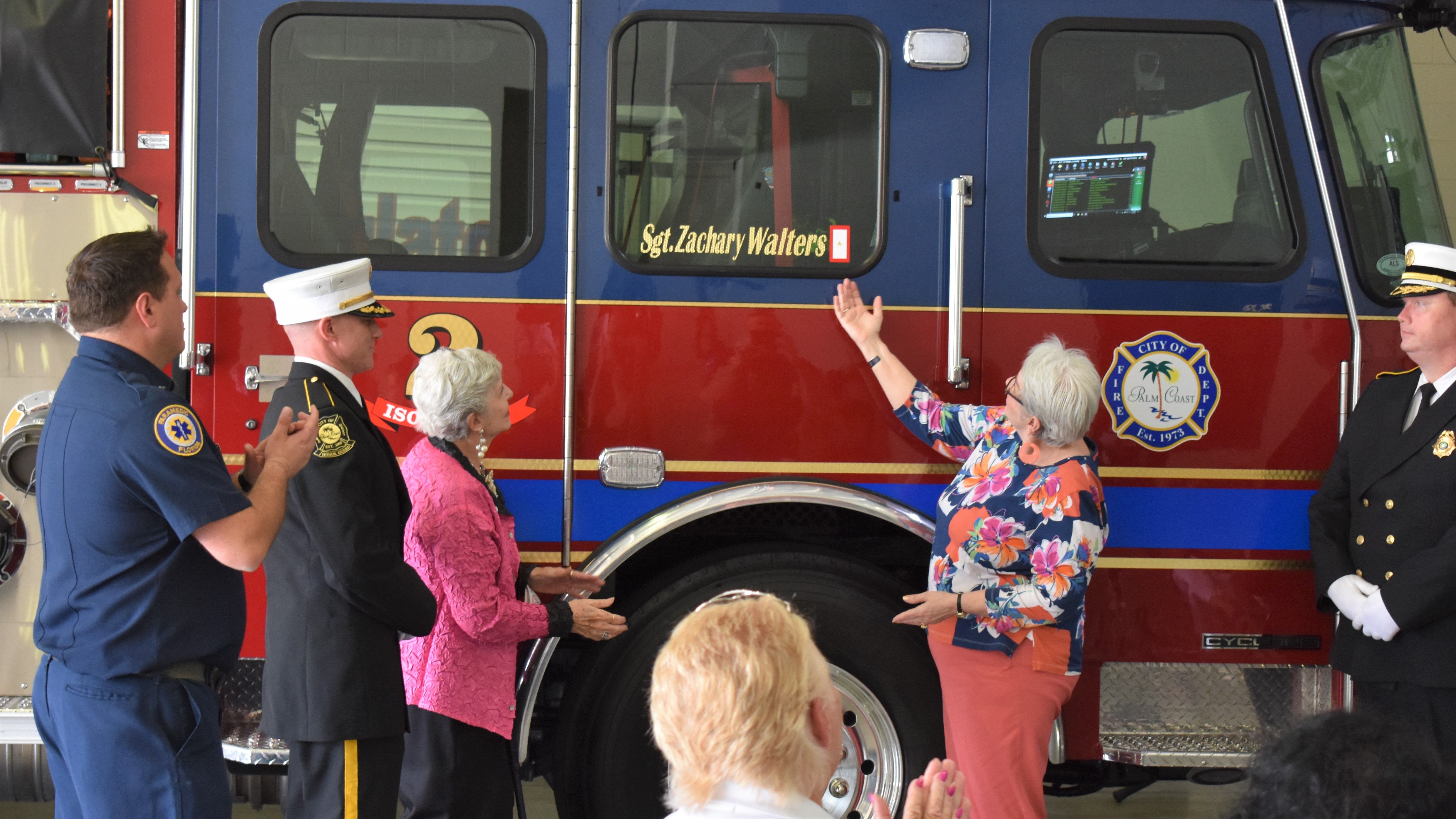