Experience It! New Connect Learn More
This page was printed from : https://www.palmcoastgov.com/newsroom/2021/5/28/10041/palm-coast-touch-a-truck-event-attracts-more-than-4-000-residents-to-equipment-showcase?externalAnn=palm-coast-touch-a-truck-event-attracts-more-than-4-000-residents-to-equipment-showcase
The Newsroom

“I had goosebumps,” Cope said. “I was so happy and ecstatic.”

Though a chance for children to play with the real-life version of what resembles their toys at home like a dump truck, bucket truck, fire engine or helicopter, was an opportunity many families couldn’t pass up.

“National Public Works Week is what spawned Touch-A-Truck,” said Cope. “Touch-A-Truck meant the world of what we do. It was a moment in the minute for anybody to come in and realize what we do as the Public Works Department for the City.”

While the Public Works Department is visible to the community when they’re working in neighborhoods or on roadway medians and community projects, the moments spanning the three-hour event was a chance for the team to interact with their neighbors. It was delightful to see the cheerful faces of children who may follow in their footsteps in operating this machinery someday in their future careers.

More than 30 vehicles and equipment were stationed along Park Street in Town Center. Other City departments brought in vehicles and gear like the Fire Department; Stormwater and Engineering; and Parks and Recreation. No vehicle was too big.

“A lot of times they just see the equipment on the road or driving down the road. They don’t know what it does - they don’t get to get inside of it,” said Public Works Manager Marvin Calderon. “An event like this gives them the opportunity to get inside of the equipment, touch it, play with everything inside there and they go home asking questions and that’s what piques their interest.”

This was the City’s second Touch-A-Truck event, but first time being led by Public Works. The team plans to host Touch-A-Truck annually and hopes to triple the event’s size in 2022.

“What I saw was just the togetherness of all the local agencies,” Cope said, “…Just seeing the crowd come down and everybody interact and all the smiles on their face, meant that this was the event for the books.” 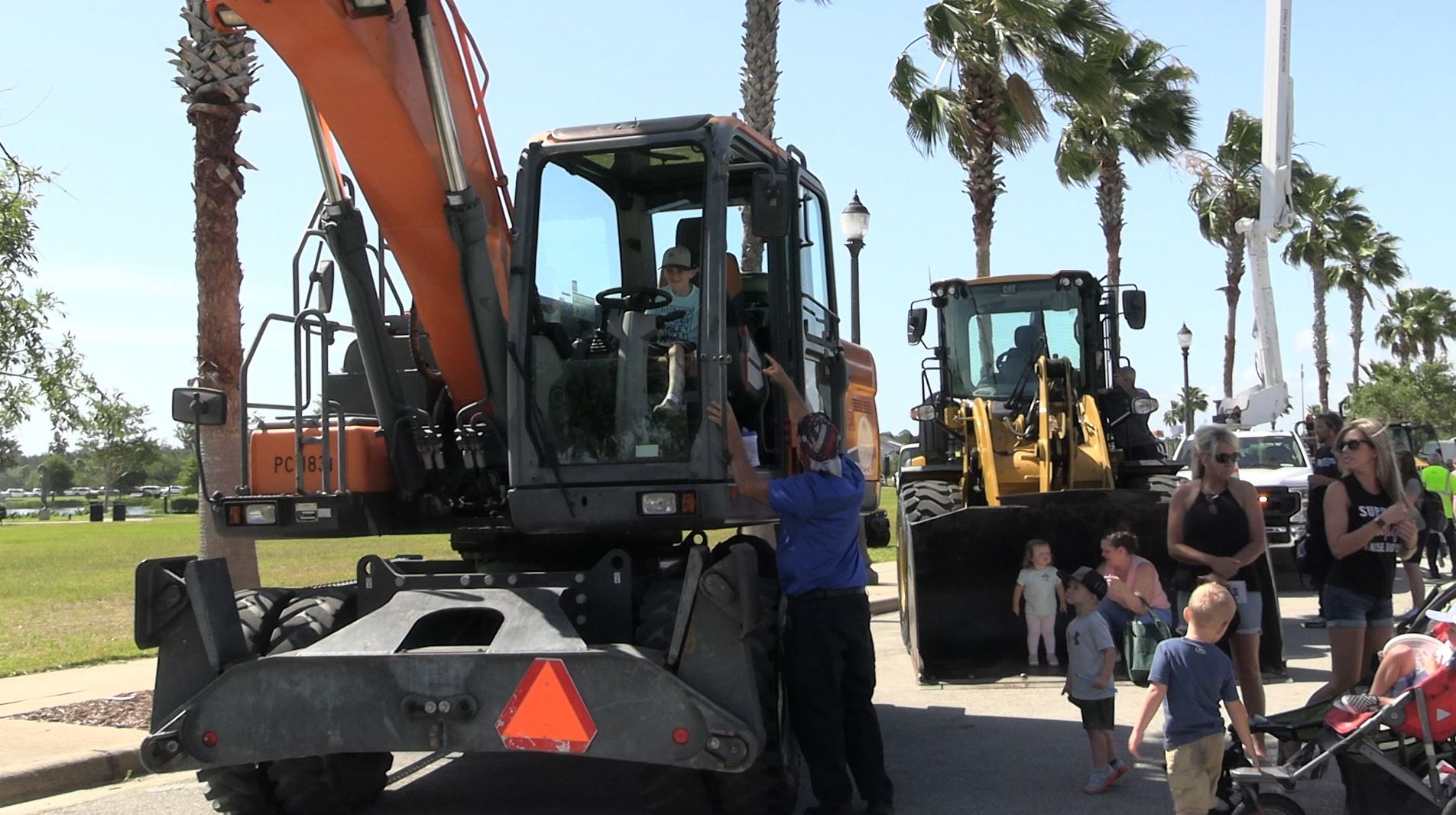