A Gold Star Family is the immediate family member(s) of a service member who has lost his or her life in the line of duty. The title dates back to World War I when military families displayed service flags featuring a blue star for every immediate family member serving in the Armed Forces. The star’s color would be changed to gold if the family lost a loved one in the war. In 1928, Grace Darling, a Gold Star Mother, founded American Gold Star Mothers along with a group of 25 other grieving mothers.

“The loss that these Gold Star Families have experienced is profound,” says Palm Coast Councilmember Nicholas Klufas. “The best that we can do as a community is to recognize that these families are living amongst us and to offer our unconditional support and eternal gratitude for their family’s sacrifices.” Cathy Heighter and Terri Gordon represent two such families.

Cathy is the founder and CEO of Remembering Vets, a charitable organization committed to supporting the needs of veterans of all eras, president of the local chapter of American Gold Star Mothers, and, most importantly, mother to Corporal Raheen Tyson Heighter. “Most of us as Gold Star Families don’t even know we are Gold Star Families until somebody tells us,” says Cathy. “Most people in the public don’t even know what Gold Star means, and I didn’t either. I was one of those people too, who just didn’t understand it.”

Working alongside her at Remembering Vets is Terri Gordon. Terri is also a Gold Star Mother – her son Brandon D. Gordon lost his life in Afghanistan in 2007, just days after his 21st birthday. She says, “I had no idea what a Gold Star Mother was until she [Cathy] calls me on the phone. She got my number from the head of Survivor Outreach Services in Jacksonville. We instantly became like family. We are more like sisters than anything. We do everything together,” Cathy adds. “It’s about all of us. It’s about our children.”

Raheen Heighter was a corporal in the 101st Airborne 320th Artillery, serving in the United States Army. Cathy recalls, “From the time he was a little boy, he was mischievous, going to make up his mind, and going to go after it type of person.” Raheen wanted to join the military at the age of 17 but was too young to sign himself up. So he waited, but the desire to serve never left him. At the age of 20, he enlisted. “Before he went in, he came to me and he said ‘Ma, this is my plan,’” remembers Cathy. Raheen wanted to become an investment broker on Wall Street and was studying for his General Securities Representative Exam, or Series 7 test, while deployed in Iraq. He planned to finish up his service, get his license as an investment broker, and use his GI Bill to earn his degree. Attending college was an important and integral part of his plan for the future.

“That didn’t happen,” says Cathy. “Prior to that, I had no clue what my son’s service meant. So in that moment that they came to tell me that he had been killed in Iraq, that’s when I began to get it.” Cathy ensures every day that Raheen’s story continues to be told. His name was on a bill that Cathy personally placed in President George W. Bush’s hand, HR 3436 The Raheen Tyson Heighter Life Insurance for America’s Troops Act. The bill passed under the Heroes Act and increased the death benefit for Armed Forces members.

“Oh Brandon,” Terri says fondly when asked about her son. “Brandon was a jokester. He was funny.” An avid fan of NASCAR, he was also extremely gifted mechanically and electronically. As a child, he enjoyed pulling apart household appliances, fixing them, and putting them back together. My husband would always look to him to fix things around the house. He was very gifted in that. So I think that’s what the ‘Night Stalkers’ and the military saw in Brandon.” He graduated high school at 17 and immediately wanted to enlist in the United States Army. “We had to sign for him to go into the Army, that’s what he wanted to do. Of course, as a parent, you always second guess and wish that ‘had we not signed, would things be different.’”

Brandon served in the United States Army as a Specialist with the 160th Special Operations Aviation Regiment (SOAR), known as the “Night Stalkers.” The Night Stalkers consist of the Army’s best-qualified aviators, crew chiefs, and support soldiers. His flair for humor served him well in the Army – he was a constant source of entertainment for the troops while they were on their tours. Terri remembered, “The last time that he came home, in 2006 before they went back to Afghanistan, he was a different person. I could see the change. He was just very quiet. His smile was gone. His funny was gone. It was so sad.”

What Terri didn’t know was that the helicopter Brandon had been on during his very first tour of duty, on his very first mission, had been shot down and left him with a serious case of Post-Traumatic Stress Disorder or PTSD. “I knew nothing about that. Of course, I found that out after the fact. After he had passed away. That must have really been a terrible experience, needless to say because he was a different person,” Terri said.

The loss has been heartbreakingly difficult for Terri’s family and was especially devastating for Brandon’s 3 brothers. “In 2017 we lost our youngest to a drug overdose at 26 years old. Four months later we lost our oldest son to the same drug overdose. That’s how their brother’s death affected them,” Terri shared. Bradley, Brandon’s twin brother, currently works for the Department of Defense, a career that helps him stay connected to his brother.

While both Terri and Cathy agree that it’s perfectly fine to enjoy those barbeques with friends and family, it’s important to take time to remember what Memorial Day is all about. “Memorial Day is a day of remembrance and it’s our duty to keep the memories alive of all of our fallen heroes,” urges Terri. “It’s our responsibility, it’s our patriotic duty, to carry on their mission, through serving our veterans.”

Cathy adds, “Just take a moment and remember our fallen. Remember the families. It only takes a moment out of your day. One thing I can absolutely share with people that may know of a family that may have lost a loved one while serving, they need to talk about that loved one. They need to remember them and speak their name. It was once said to me that if we don’t speak their name, we allow them to die twice because that’s when they become forgotten.”

Heroes Memorial Park, constructed right here in Palm Coast in 2006, is a peaceful place designed to provide space for honoring and reflecting upon the men and women that serve in all branches of the military, along with civil agencies such as police, fire, and rescue services. Included in Heroes Memorial Park is the City of Palm Coast Military Memorial Marker. Raheen Heighter’s name can be found amongst the names listed on the monument. Brandon’s memorial marker is in his hometown of Naples, Florida.

The City of Palm Coast Memorial Day Ceremony is organized by Jared Dawson, Recreation Specialist of Events, official City representative on the Veteran’s Advisory Council, and U.S. Army Veteran. “Memorial Day is important because it’s our time to remember those who served who are no longer with us,” says Jared. “Although this is my first time organizing this ceremony, it is dear to my heart because it is honoring those who gave everything to their country. In return, I’m trying to honor them as best we can.”

The City of Palm Coast Memorial Day Ceremony is held at Heroes Memorial Park located at 2860 Palm Coast Parkway on Memorial Day at 8 a.m. The public is invited to attend, but there is limited parking on site. Additional parking is available along Corporate Drive and at the public library.

The Flagler County Memorial Day Ceremony occurs after the City ceremony at 10am at the Government Services Building. Residents are encourage to pay their respects at both. 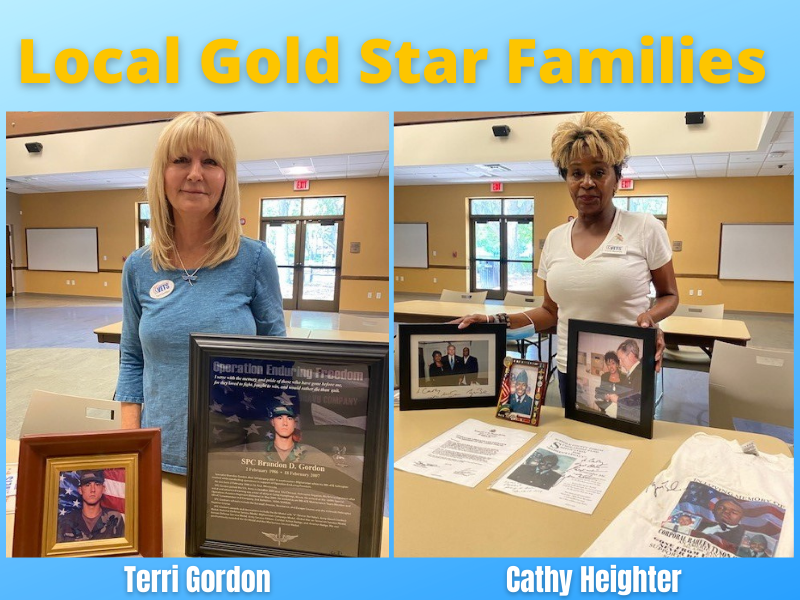