Experience It! New Connect Learn More
This page was printed from : https://www.palmcoastgov.com/newsroom/2021/3/12/10002/transformational-upgrades-proposed-in-two-phases-for-regional-racquet-center?externalAnn=transformational-upgrades-proposed-in-two-phases-for-regional-racquet-center
The Newsroom

Note: This project is in the proposal stages. Plans could change after the date that this written announcement has been published.

Palm Coast – Proposed upgrades to transform the Palm Coast Tennis Center into a Regional Racquet Center are developing, and reflect a design inclusive of the community’s needs.

The facility has become a popular amenity among residents who play tennis. By the end of fiscal year 2019, total attendance to the tennis center reached 14,293. This past fiscal year, that number grew to 17,000. According to the United States Tennis Association, tennis participation surged among Americans during the pandemic last year. The sport saw an unprecedented 22 percent increase in overall participation compared to the previous year because it’s the perfect social distancing activity.

Additionally, pickleball is one of the fastest growing sports in the U.S. and the same is true locally. Residents flock daily to set up portable nets so they can play on shared courts, however, there are no dedicated permanent pickleball courts in the city. And more than 150 residents travel an hour to play pickleball in Holly Hill.

As a result of the demand for facilities to play these sports, memberships at the tennis center are also on the rise.

The City Council set a goal at the beginning of this fiscal year to seek partnerships with local talent and complementing businesses while seeking grants to foster growth at the tennis center to expand on the community’s rich sports history.

City staff completed a number of steps to begin the research and design process. First, they established an advisory committee containing both city employees and local players in the community to generate a regional racquet center facility plan. Second, they held a series of public meetings with tennis and pickleball players for design input. And third, surveyed players at those meetings to garner additional feedback.

The advisory committee was charged with identifying and creating types of programming, site master planning, preliminary design, and scheduled phases. The master facility concept plan had not been updated since 2004.

Staff also visited several tennis and pickleball facilities and conducted an analysis on needs and priorities based on today’s court utilization and current and future programming.

Palm Coast’s estimated population is expected to grow an additional 50,000 people over the next 15 years – nearing 150,000 by 2035. In order for the City of Palm Coast to continue to provide first-class recreational facilities for the residents, recommendations were proposed recently to transform the facility into a modern regional racquet center that serves future needs. This would mean a new clubhouse and minimum of six dedicated pickleball courts, or as many as 12 courts if the city receives grant funding in phase one.

“Tennis and pickleball are sports made for all ages, and they are a great way to enjoy our beautiful outdoor amenities while staying physically active,” said Parks & Recreation Director Lauren Johnston. “Expanding the current Tennis Center will allow us to meet the growing demands for recreation in our community and create a positive impact for all of our residents.”

Phase one is projected to cost an estimated $5,725,000, which includes the design and construction. Of that amount, 49 percent will be paid for through park impact fees, which are generated from new home construction and can only be used to add new park elements. And if that money is not used within a certain period of time, the city could be required to return it to the developer. Another 26 percent of the cost would be paid for through the S.R. 100 CRA, and those dollars can be used toward capital improvement projects. Another 17 percent of the total cost is being paid for through previously set aside money by the City Council for expansion of the tennis center. The remaining 8 percent would come from a Tourism Development Council Grant. 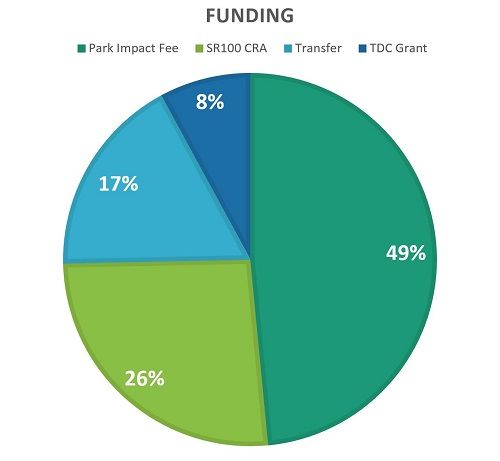 The master plan also includes the Lehigh Trail trailhead upgrades with a parking lot and also a path connection to Town Center.

The Palm Coast Tennis Center has hosted numerous professional tennis tournaments, Junior USTA tournaments, Special Olympics programming, the Palm Coast & Flagler Beaches Senior Games, and other local league play. The proposed enhancements and upgrades to the tennis center primes the facility to become a regional amenity, positioned to attract more regional junior and adult events along with expanded play opportunities for families and adaptive tennis. This fosters economic growth as players and their families visit the area, stay in local hotels, eat at local restaurants, gas up their cars, and shop at local stores.

The next steps are for the City Council to consider a contract for design services and also agreements for construction management services. Construction on phase one could occur in 2022. 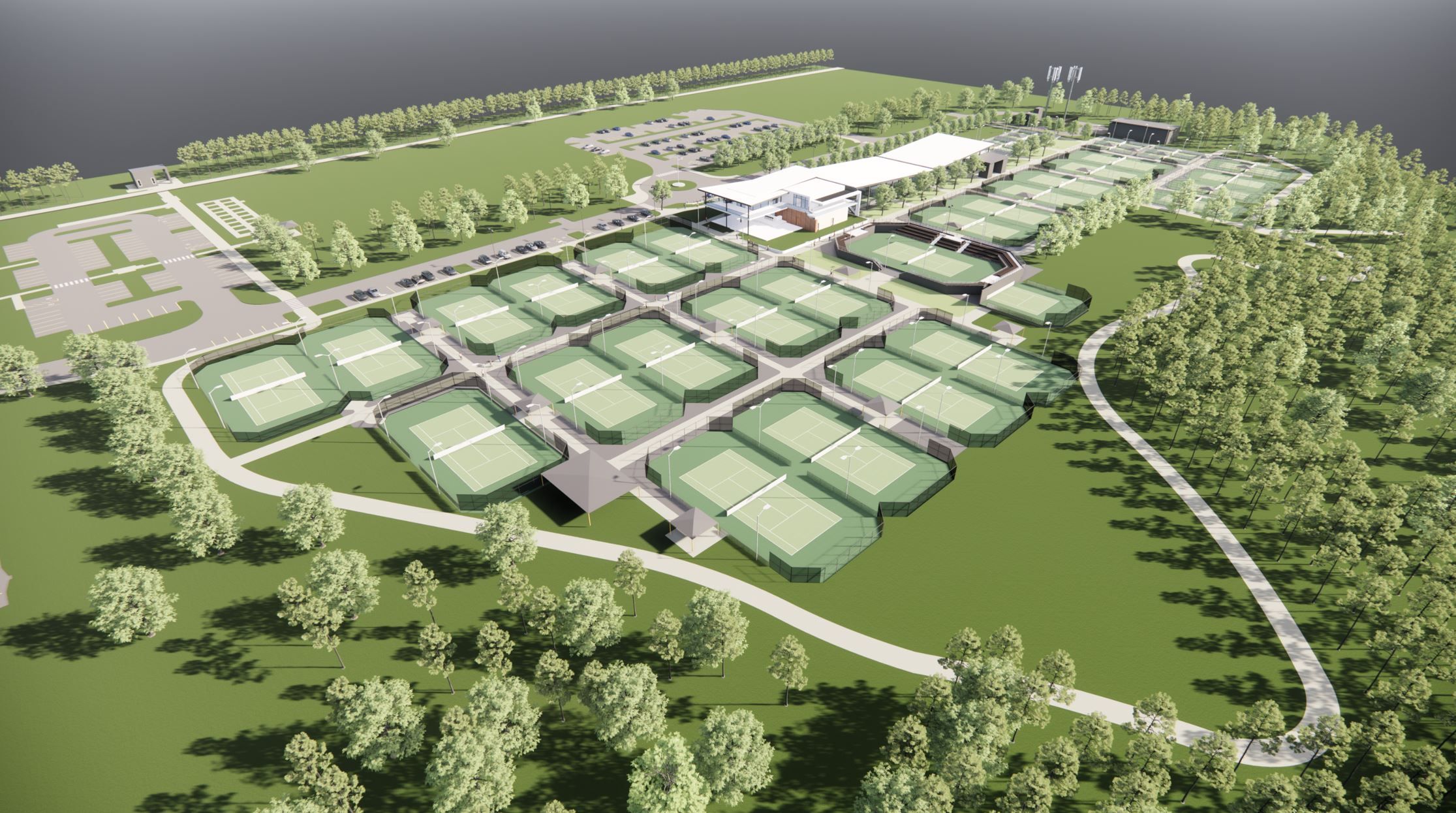