Robert Nelson, a class A DW licensed operator for the City of Palm Coast, was recently honored with the Outstanding Water Treatment Plan Operator award by the American Water Works Association's Florida Section.

A member of the operations team at local Water Treatment Plant #2, Robert has had an immeasurable impact on the quality of operations which include troubleshooting efforts that help lower operating costs.

In one such example of his contributions, Robert was part of the installation of a PID axial flow turbine flow meter in the lime feed system, eliminating the need for a booster pump that would cost the city $100,000.

In addition to this honor from the AWWA, Robert also just earned his AS degree in Engineering Technology from Daytona State College, another accomplishment that will assuredly help Robert advance in his highly impressive understanding and ability to be a great operator, teammate, and teacher. Yet another contribution he frequently partakes in as a volunteer instructor at the a special water treatment study group that is held locally here in Palm Coast.

Congratulations to Robert and thank you for being a part of our team! 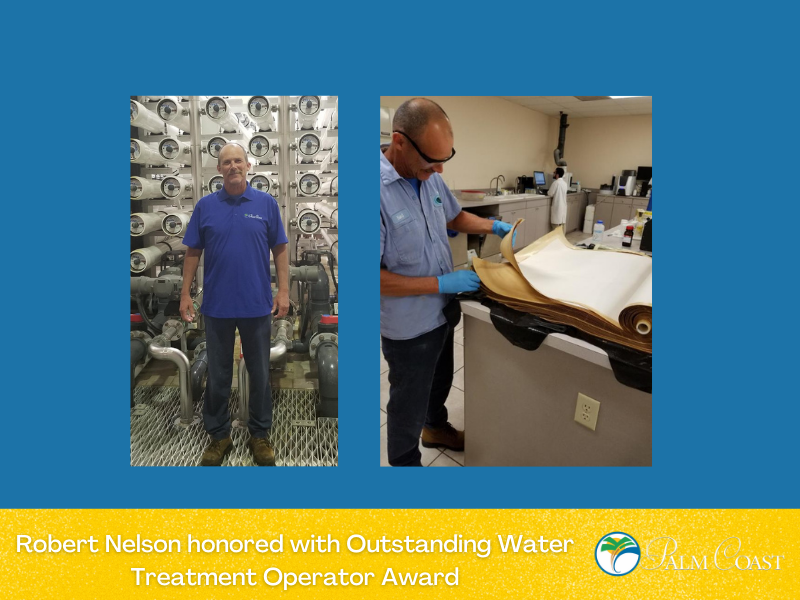