The Palm Coast Citizens Academy is a comprehensive program intended to educate residents on the ins-and-outs of the City government. The course is free and registration is limited to approximately 25 Palm Coast citizens per session.

The five-week session takes participants through an in-depth look at City departments including Utilities, Stormwater and Engineering, Financial Services, Parks and Recreation, Community Development, Public Works, the Fire Department, and more! Along the way, participants also interact with all members of the Palm Coast City Council and the City Manager.

“The Palm Coast Citizens Academy has been a cherished event through all City departments for years as it allows them to showcase the service they provide to citizens and engage with residents,” Mayor David Alfin said. “I look forward to 50 more sessions of this program and encourage anyone who has not yet participated to sign up! It is a wonderful way to learn more about the inner workings of your local government!”

To register for an upcoming session of the Palm Coast Citizens Academy, visit www.palmcoastgov.com/palm-coasters/citizens-academy/register. For more information, contact the Public Information and Engagement Department by emailing Communications@palmcoastgov.com. 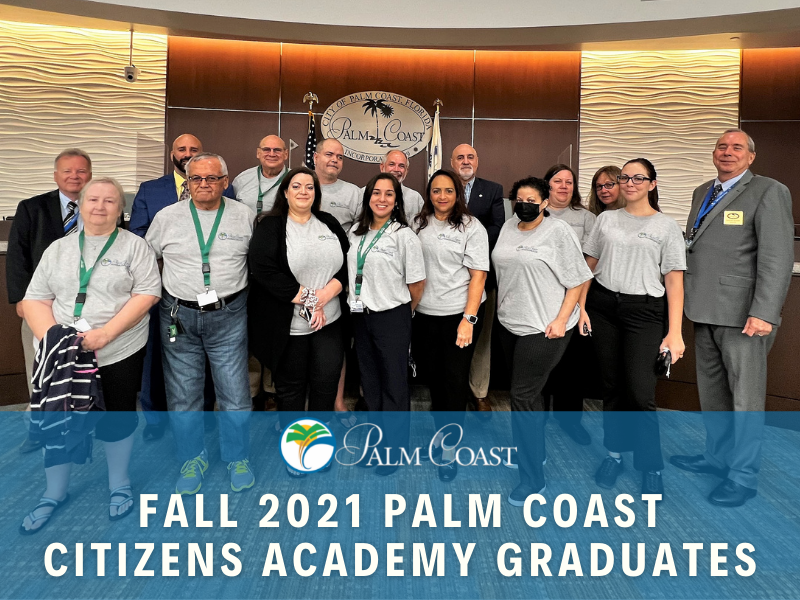