This page was printed from : https://www.palmcoastgov.com/newsroom/2020/11/12/4751/city-of-palm-coast-recognizes-passing-of-longtime-civically-involved-resident
The Newsroom

Palm Coast - He was a regular at many Palm Coast City Council meetings and workshops. Sitting in the front, and always adhering to Robert's Rules of Order, Louis McCarthy was a mainstay in city government.

"He wanted to be informed," said Jeroline McCarthy, his wife of 53 years. "He didn't want to get information by hearsay, he wanted it for himself."

Louis began attending city council meetings and workshops starting in 1999. He participated in public comment and encouraged others in the community to be involved. His wife Jeroline said he's always been civic-minded and enjoyed attending for a bird's-eye view at changes and happenings within the city. One of his most important topics of interest was grant funding. And his presence was noticed by many council members.

"We are saddened to learn of Louis McCarthy's passing," said Mayor Milissa Holland. "As members of the city council, we encourage residents to communicate with us and give us feedback about the decisions made in the community. Louis did so on many occasions and we respect that so much and will remember him for his civic engagement. He may not physically be there at meetings anymore, but I know he will be there in spirit."

In June of 2010, McCarthy was recognized by the City Council - a special request by former Council Member William Lewis - for taking the time to understand the operation of city government and thus awarding him a Certificate of Appreciation for Exercising Civic Responsibility.

McCarthy retired to Palm Coast in 1994, achieving a goal to live in the sunshine state. And like many others, the couple knew Palm Coast was home once they ventured off I-95 onto Palm Coast Parkway and saw how scenic it was. "It really caught our fancy," Jeroline said.

Cherishing his memory are his wife, two sons, grandchildren, great-grandchildren and many more extended family members. The funeral service and burial will be held in New York. 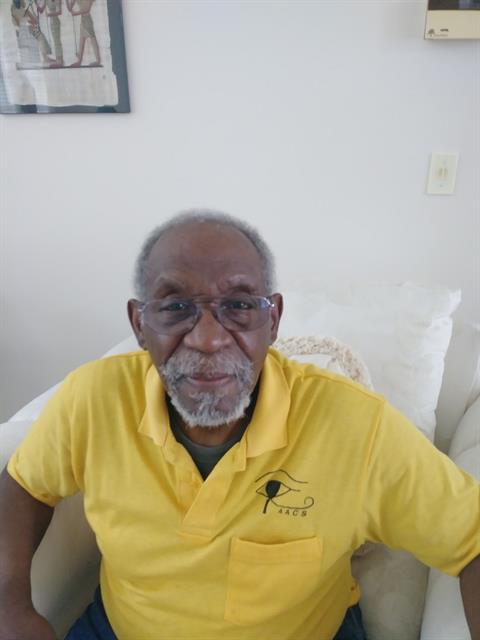 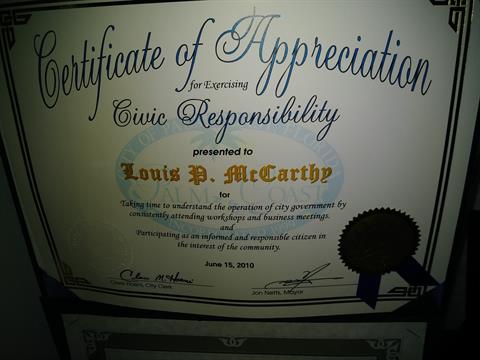