This page was printed from : https://www.palmcoastgov.com/newsroom/2019/11/5/4535/local-veterans-reflect-on-service-ahead-of-palm-coast-veterans-day-celebration
The Newsroom

Palm Coast - Within your city lives a diverse group of people. Many of whom come from different states and different backgrounds. They harbor unique life experiences. We may walk by them in the grocery store and never meet them. But they are our neighbors, fellow citizens. Get to know them and you might discover first-hand accounts of our nation's history, stories of unimaginable bravery and acts of heroism that will leave you speechless.

The time - World War II had just ended. Parts of Europe were in ruins. The United States emerged as a super power. There was still tension around the world. That was some of the situation.

Here in the United States, a young, courageous John Vidota joined the Army on his 17th birthday.

"I was very, very loyal to my country and I wanted to do whatever I could for my country," Vidota said.

If he could've joined sooner, Vidota would have. He tried joining the U.S. Navy at 16, but he was too young.

Former President Dwight D. Eisenhower was a general at the time Vidota journeyed to Europe for his assignment. As he headed to Germany, he boarded a box car where he would sleep on a bale of hay for three days until arriving at his job site. He remembers it vividly because he said they were the same kinds of cars that transferred prisoners to concentration camps. He recalls one night at 2 a.m., someone announced 'hot meal' and he jumped at the chance for it.

"After sleeping in that box car for a day and eating K-rations, it was a luxury to get that hot meal," Vidota said.

In the Army, Vidota worked in the Cignal Corp as a chief mechanic fixing cars and handling relay stations. He remained in the service until 1948. At the same time, he took classes in Germany for music. The teacher, Margot, would become his wife. They were married 53 years.

After the military, Vidota went on to have a career with a private company as a field engineer for three decades. He lives in Palm Coast and is active in the local VFW 8696 as a member and in the honor guard.

Within the same veteran's group, is Tom Piekarski. Like Vidota, from a young age, the military seemed like a calling. Their service careers would occur during different decades.

By his 18th birthday in the late 1960s, Piekarski registered for the draft. Vietnam was a hot subject. Initially, he was turned down for medical reasons, but after more testing, it was determined he was in fact healthy and perfect for the U.S. Navy. So in 1969, he left New York for boot camp in Great Lakes, Illinois and eventually 'A School' in Lakehurst, New Jersey where he would learn about parachute jumps and their importance. His first jump - a free fall jump with no lines attached.

"Everything went well and I landed not too far from the target, but the rest of the guys landed in the trees and we had to help them out," Piekarski said. "What was going through my mind was, this is fun we have to do it again."

And he would, at least 44 more times throughout his career - jumping from small single engines planes, helicopters, and another twin engine plane used by the U.S. Navy.

His first job sent him to Pensacola as an Air Crew Survival Technician in Heletron-8, a helicopter training squadron, working with parachutes and other aircraft equipment for flight crews to escape an emergency. His next stop - U.S. Naval Air Station Cubi Point by Subic Bay in the Philippines, a primary support base during the Vietnam War that provided aircraft and ammunition support along with the ability to fuel ships. He stayed there until 1973 when ended his career in the Navy in July of that year.

As the years went by, Piekarski met his wife Eileen, put himself through college and together they had three children. They moved around for job reasons before finally settling in New York. There, he got a job as a teacher at a Catholic school. But he always had an inclination to serve his country once again. So he joined the New York Air National Guard stationed in Westhampton Beach, Long Island in the 102nd rescue squadron.

"I got into a job where I could use my teaching experience," Piekarski said. As a Life Support Technician, he set up programs teaching the air crews jungle survival, desert survival, water survival and chemical warfare survival. "I really liked the mission that we had and the people we worked with were great," he said.

After 9/11, Piekarski found himself traveling overseas again in places like Kuwait, Turkey, Africa and Saudi Arabia. Like many who face deployment, he missed a lot of important family events - part of the sacrifice that comes with serving our country.

"My wife accepted it, she was really good and I give her the credit for keeping the family together," Piekarski said. "She's the real trooper, not me."

In 2008, he retired from the Air Force National Guard - serving more than 34 years in our military.

But whether its 30 years or a few years, this Veteran's Day is special in Palm Coast. The city is hosting its first ever free barbecue for our local heroes. It's an event designed to celebrate their bravery, sacrifices and accomplishments.

"I've always been incredibly appreciative of the sacrifice our veterans have made to protect our freedom," said Mayor Milissa Holland. "I'm proud that our City has been able to step up and provide this extra thank you. If nothing else, I hope the people of Palm Coast find their own ways to say thank you to these veterans each and every day, all year long."

Both Piekarski and Vidota plan to attend the barbecue. Piekarski is involved in several veteran's organizations including the VFW Post 8696, Veteran's Advisory Council, Disabled American Veterans and the American Legion. He goes to these kinds of events to spend time with his family and other veterans - honoring their service, too.

"Our freedom cost a lot," Piekarski said. "I know so many of my friends that never came back and believed they had to do the right thing by our government. This government can't survive without people putting everything on the line."

"It's very, very nice to think of all of us veterans or any veterans and what they're doing over there," Vidota said. "I appreciate it very much for who's responsible for doing it this year for us veterans."

We encourage those interested in attending to register by either calling Parks & Recreation at 386-986-2323 or visiting the Palm Coast Community Center at 305 Palm Coast Pkwy NE to sign up as this is a ticketed event. If you are affiliated with a veteran's group, please register with your group.

Here is a timeline of the event: 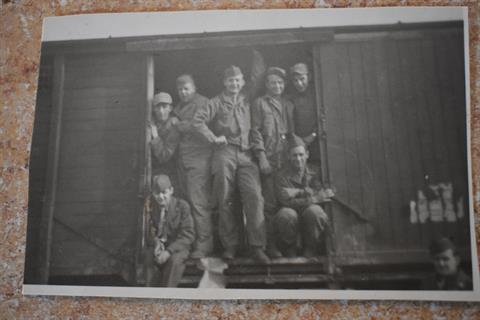 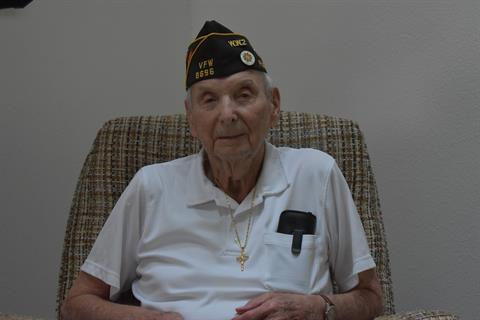 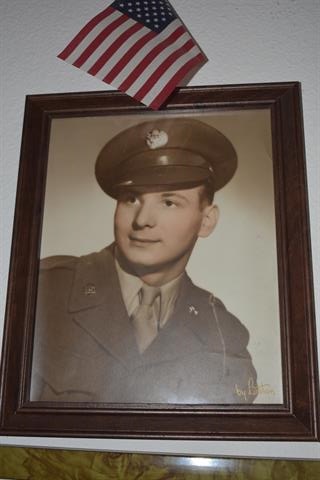 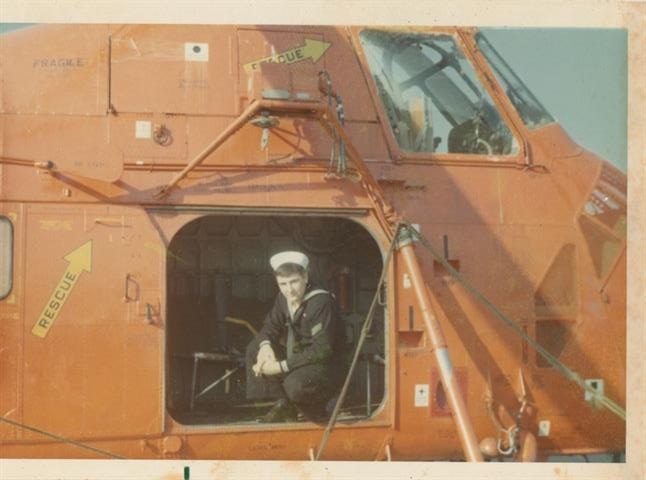 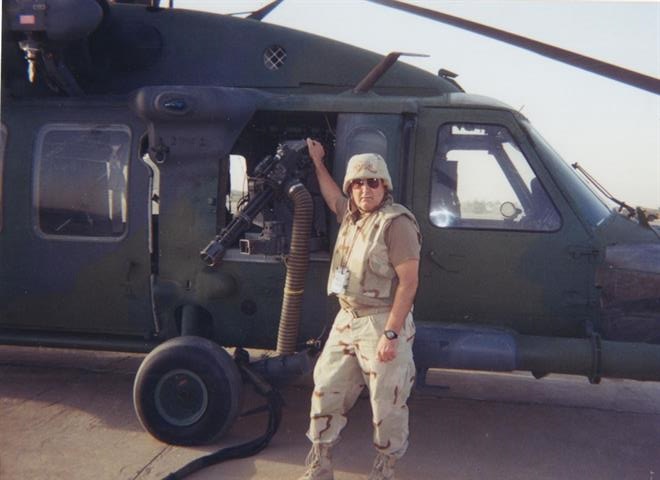 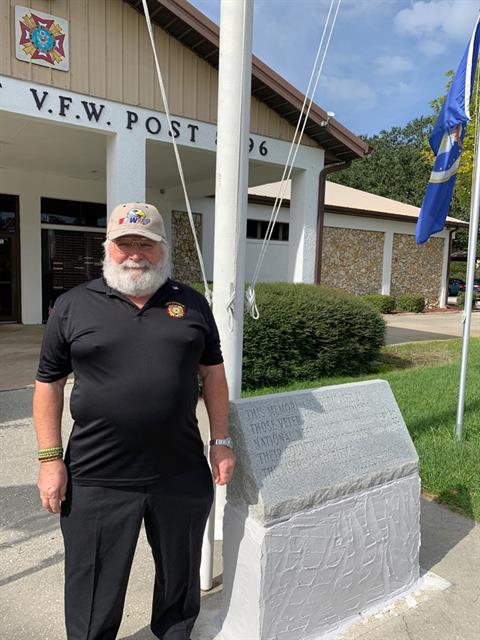