This page was printed from : https://www.palmcoastgov.com/newsroom/2019/10/30/4533/from-fixing-potholes-to-managing-information-technology-meet-doug-akins
The Newsroom

Palm Coast - Forging the future. Solving problems. That is what Doug Akins likes most about his position with the City of Palm Coast as Director of Information Technology. But his career didn't start out creating an information blueprint of code and html.

Doug is local guy who grew up in Bunnell with family going back three generations on both sides in Flagler County. Having seen the city and surrounding area grow since the 1970s, Doug has somewhat of a historical memory of the earliest days unlike many who have migrated here in modern times.

He remembers when Palm Coast wasn't much but just plots of land - limited development of sorts. There were just a few streetlights on Royal Palms Parkway. As the years went by, vast acres of pine trees began to disappear. Businesses began opening along Palm Coast Parkway. He recalls shopping at the original Publix. He attended Flagler Palm Coast High School. His father worked for ITT Rayonier. And like many, he remembers Garfield on the billboard.

As a teen, he had an interest in computers. He enjoyed the game Oregon Trail and built websites for friends in high school. But didn't think much about chasing a career in the field. After high school he moved to upstate New York to be a youth pastor, joining another pastor who had previously been affiliated with a local church here in Flagler County.

His next adventure brought him back to the area - specifically Bunnell. This was the start of his career in local government. He worked for the city of Bunnell fixing pot holes and reading water meters for public works. But that interest in computer programming came calling again and so he decided to make a career out of it.

Doug joined the city in 2005 as a Website Specialist and rose the ranks becoming an Applications Analyst, then lead of Applications Division until finally earning the top job of the department during the summer of 2019. Based at City Hall, Doug oversees all of the IT related functions of the city including the help desk for employees, GIS mapping (geographic information systems), systems architecture, enterprise application administration, programming and development.

One of his most memorable major projects with the city was also one of his biggest challenges. Doug worked on a website overhaul a few years ago which meant cleaning up the homepage through a new design based on the then newly released Microsoft Metro look for visual guidance. He's now leading the team for a redesign once again of the city website. This time, it will look more visual - with photos to enhance the user experience. Each website within a city department will start working more collaboratively and each department will be able to customize their section to better position content for Palm Coast residents.

If you ask Doug about being a director, he points to his team as the success behind the department. He enjoys working alongside them to use technology to increase the quality of life for residents and streamline operations with the city.

An example of that is his work on Palm Coast Connect, the new citizen engagement tool that launched in June 2019. Doug assisted local tech firm Coastal Cloud with the buildout of Palm Coast Connect. It allows residents to engage with the city's customer service team any time, any place about issues or concerns they see throughout the city through the app or desktop platform. It also allows them to track how their concern is handled from start to finish, transforming the way we communicate with the community. In the past, Doug has also created several websites for the city and the various services they host.

Doug lives in Palm Coast with his family. While not at work, he could be at church or chasing one of his five children around. 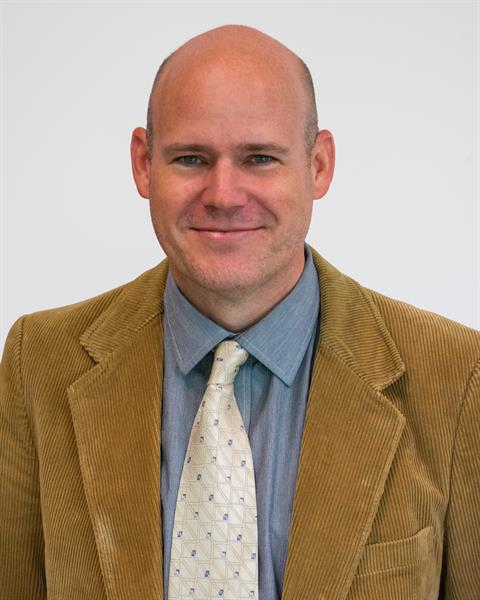