This page was printed from : https://www.palmcoastgov.com/newsroom/2019/10/30/4532/turtle-dedication-founders-day-events-celebrate-palm-coasts-history
The Newsroom

But in Palm Coast, it's a bit of a different story - one that dates back to the earliest days of the city.

"I didn't know that he had that connection here to Palm Coast," Palm Coast resident Patti Paukovich said. "So this is all new to me, but I think it's great that they did this marketing campaign."

Paukovich, who moved to Palm Coast from Virginia a few years ago, recently visited the Palm Coast Historical Society Museum at Holland Park on Saturday, Oct. 26 where she discovered there is an abundance of Garfield-themed marketing materials on display - even a telephone! They represent Palm Coast's past and remind us of the unique history that helped lure so many people to call Palm Coast their home.

"It was interesting the massive campaign that went on to sell the homes and lots in Palm Coast to start making it a city," Paukovich said.

Just outside the museum, the third turtle sculpture was being unveiled and dedicated to the city as part of the Palm Coast Arts Foundation's turtle trail. Its name - Garfield.

"As the sponsor so cleverly reminded the community, Garfield was actually an early marketing-mascot that ITT used on their interstate billboards, parades, advertising," Palm Coast Arts Foundation Executive Director Nancy Crouch said. "He was a natural to be acknowledged and honored for his part in our history."

The turtle is part of a public community sculpture project enjoyed by residents and visitors alike. Using the indigenous loggerhead, each fiberglass sculpture is themed and appears in many areas around the county promoting the sea life species known to our community. There are a total of seven turtles on the trail throughout Flagler County.

"I was thrilled to see so many show up for this unveiling," Crouch said. "Community pride is certainly evident in this project and I believe the turtle trail will have more followers and art enthusiasts watching."

"The turtle dedication was a successful event because of people who care about our community, our historical society and the arts," said Palm Coast Historical Society Museum Co-historian Elaine Studnicki. "Our new turtle, Garfield, represents all who love to live, work, and play in Palm Coast and is a testimony that over the last 50 years we all still want the same thing. The Palm Coast Art's Foundation (PCAF) has done a marvelous job in bringing our community together and sharing art with everyone."

Within an hour of admiring the historical-themed art in front of the Palm Coast Historical Society, your city's earliest days, most recent days, and all the days in between were celebrated at the 10th annual Founder's Day event at the Palm Coast Community Center. The historical society hosts this event every year to remember, honor and share the city's history. Former ITT and longtime city landscape architect Mr. Bill Butler was the keynote speaker.

"Founder's Day was a success," said Studnicki. "Bill Butler came to Palm Coast in 1979 and mesmerized the audience with his experiences with the 1985 fires, ITT work, and development of our city and its green space. The Community Band was on note and had us tapping our feet with Patriotic Music."

On display were old photos dating back to the days even before the Garfield campaign - some in black and white ink - showing sprawling acres of land, some of the first shopping plazas, the ITT welcome Center and later, the construction of the I-95 interchange at Palm Coast Parkway. This year is extra special as we embark on Palm Coast's 20th birthday.

"We have a lot of history for 20 years and sharing, collecting, and documenting it will enable others to understand why this city has been so special in the past, why it is right now, and will be as we move into the future," said Studnicki.

The historical society hosts a free speaker series once a month on Saturdays at 10 a.m. at the Palm Coast Community Center. Check with Palm Coast Parks & Recreation for more information.

The Palm Coast Historical Society Museum is open Wednesdays, 1:30-3:30 p.m. and Saturdays noon-3 p.m. The museum alternates exhibits each month to highlight community events and organizations, in addition to history displays. In October, exhibits featured local firefighters as part of Fire Prevention Month and Garfield to celebrate the turtle dedication. Garfield will likely be on display until the end of the year.

"It gives a little bit of history of Palm Coast..," Paukovich said. "It's telling you about Palm Coast, how it's grown, how it's gone through its growing pains and how we've come to this. It's good. It's great. I recommend people to stop by and learn the history of their city."

In November, a new exhibit will showcase the Flagler Beach Photography Club featuring a celebration of veterans. On Nov. 23 from noon-3 p.m., veterans can stop into the museum and have a professional portrait taken for free. 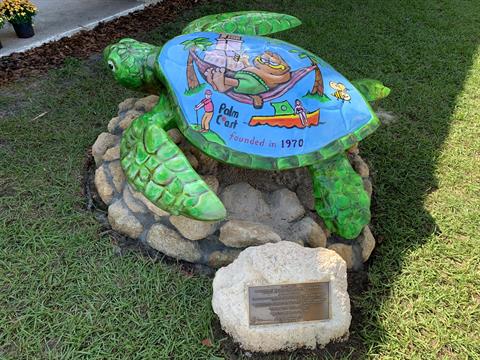 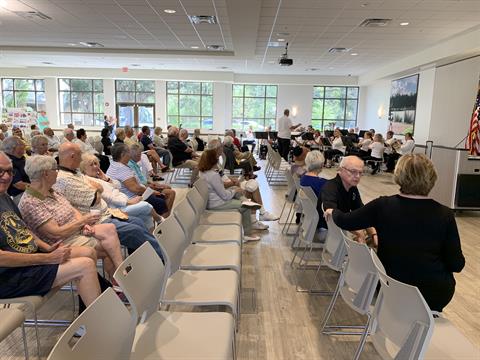 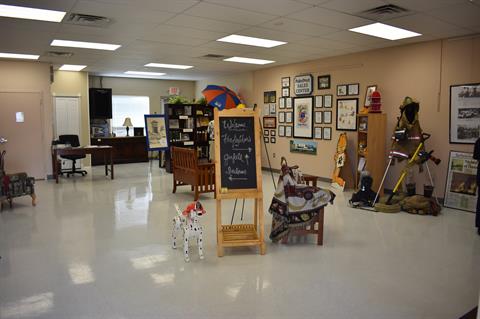 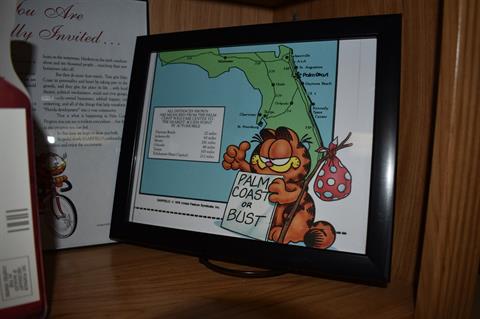