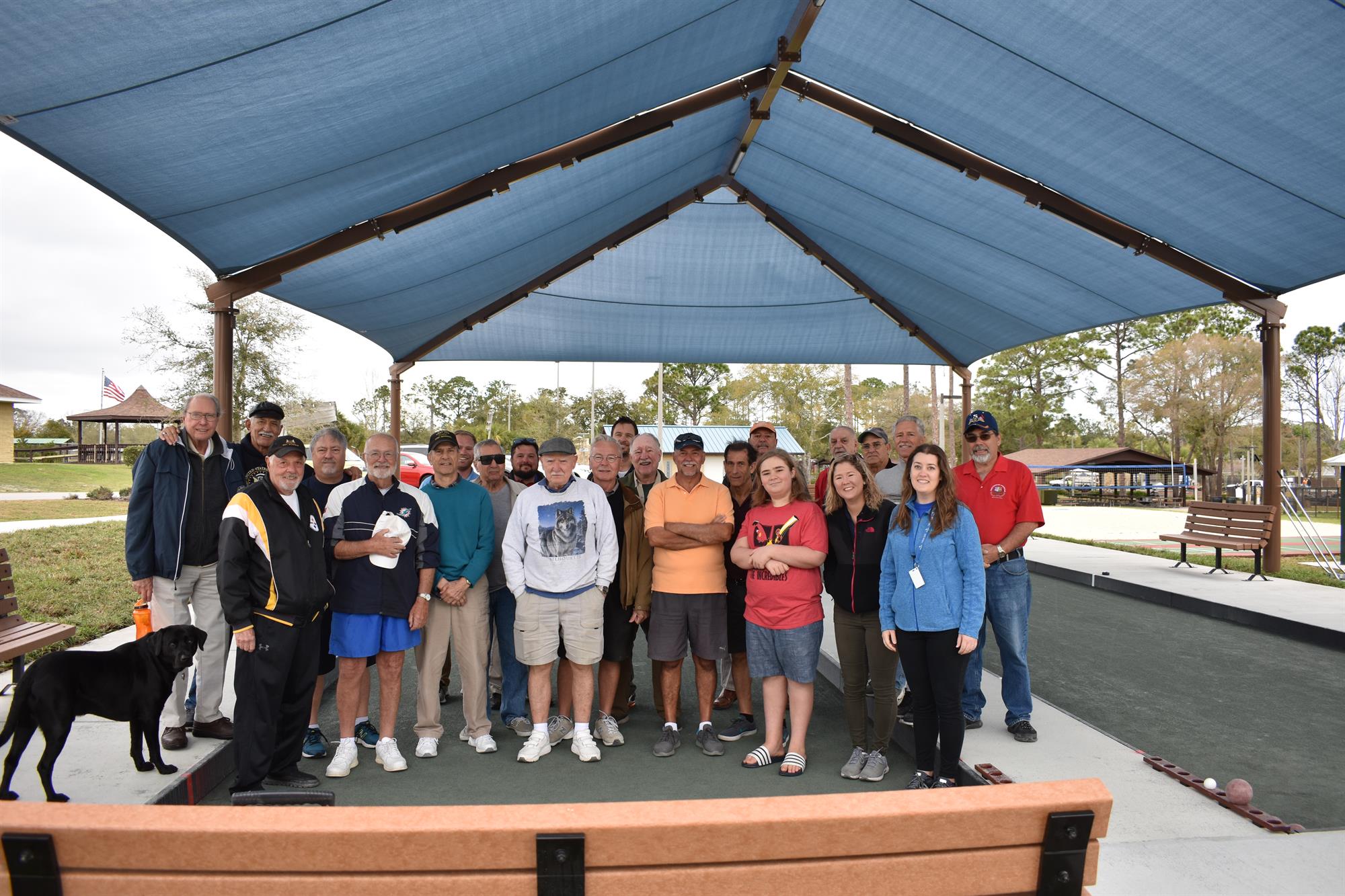 Friday, March 6 dawned chilly and blustery, but that didn't put a damper on the spirits of Palm Coast's dedicated bocce ball players. Bob Zanella and his black lab Jaxon, who serves as the group's unofficial mascot, were the first to arrive at the meet and greet, set up by Parks & Recreation Director, Lauren Johnston and her staff. "We put so much time and effort into these projects on paper, in the office, and on-site that when the actual construction is finished, it can be easy to just check the box, say done, and move on," says Johnston. "But getting out into the community and seeing how these projects affect our residents and improve their lives, that's when the job is done."

After all was said and done, seventeen players came out to chat with Parks & Recreation staff and, of course, play bocce. Players were thrilled with the new courts and all noted the importance of the sunshade and overhead lighting. In a Facebook Live video, Nick Gennett noted that "there are guys here that have literally waited twelve years for these courts to be redone. With the roof that we've got on here now, this becomes an all-weather court, which we didn't have before. Both in terms of dealing with the rain, but also, we play through the year, so getting through the summer out here and the heat, now that we've got this roof, that's going to be a whole lot easier."

Discussions out of the way, players quickly began games, breaking up into teams by selecting cards from a deck of regular playing cards. Games are taken seriously, but the atmosphere is convivial and friendly, with everyone giving and receiving equal amounts of ribbing. The group patiently showed Parks & Recreation how to play bocce and invited them to join in the games. Player Manuel Clemente even brought along his grandson Marcello, introducing his beloved pastime to the next generation of players.

Calling themselves the "United Nations of Bocce Ball" this unique group of individuals boasts members from nearly every country in the Western Hemisphere and beyond - Greek, Irish, Russian, Italian, Portuguese just to name a few. "…three times a week they're playing. I'm a newcomer," says Gennett, "only been here 2 years! But it's completely spontaneous, just a bunch of guys who enjoy each other's company. So we get together, play this game, and have a lot of fun." Want to learn more about the game of bocce? Grab a rule book, some bocce balls, and towel, and head on down to Holland Park. Chances are, there's a game on! 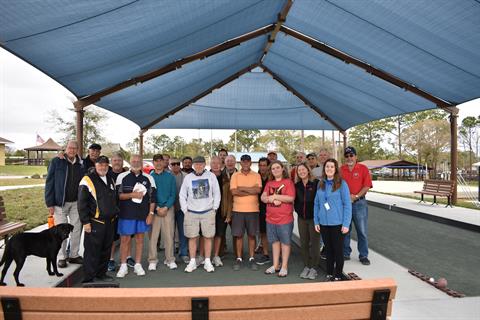