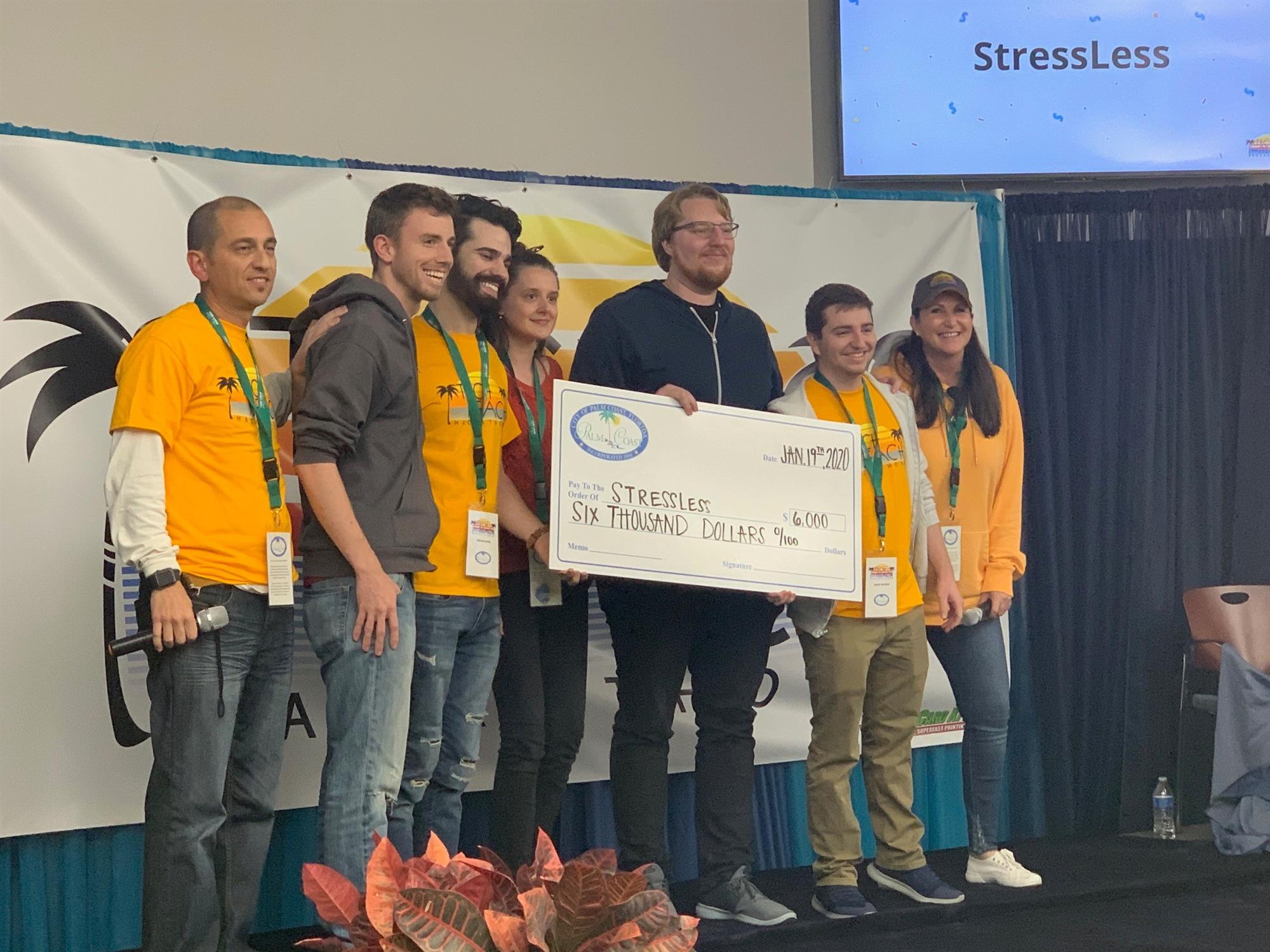 Palm Coast's inaugural Tech Beach Hackathon wrapped up on Sunday by awarding $12,000 in cash prizes to the best applications created over the weekend at City Hall.

The winning application, StressLess, was created by a group of developers from the Orlando and Gainesville areas, many with ties to both the University of Florida and the University of Central Florida. The app's design intended to aggregate data from wearable devices such as AppleWatch or Fitbit and quantify not just the raw data collected by those devices (namely heart rate) but also run that data through an algorithm powered by Salesforce's Einstein AI platform to measure stress levels and quantifiable reductions in stress through whole health initiatives.

In short: StressLess hopes to bring data-driven clarity to what measures can actually make you healthier.

During the event, AdventHealth Palm Coast COO Wally De Aquino said that he was excited for StressLess's real world applications paired with many of AdventHealth's initiatives and Palm Coast Mayor Milissa Holland's "Mayor's 90/90 Challenge." Shortly after the event, De Aquino said that he was excited to pair the app's developers with his team and see what they could come up with to continue their relationship after the event concludes.

In third place, Team Palm Coast developed an app to revolutionize the way appointment scheduling is handled. The pair of local developers--one a Senior at Flagler-Palm Coast High School and the other a student at Daytona State College--noted that no-show appointments cost the healthcare industry $150 Billion a year. Both developers on Team Palm Coast have interned at Coastal Cloud, a local Salesforce development company which served as a sponsor for the event (but did not serve as judges for the deliberations).

Coastal Cloud's Sara Hale spoke before the awards were handed out, and talked of the innovation that technology can bring to the Healthcare space, but also to the economy in general, giving talented individuals to work from anywhere, whether that's moving their company to Palm Coast, Florida, as Tim and Sara Hale did or simply "hacking" for a weekend in City Hall as the Tech Beach contestants chose to do.

Palm Coast Mayor Milissa Holland thanked all of the competitors, sponsors, City Staff and everyone else who made the 1st-ever Tech Beach Hackathon such a successful event, giving the "smartest people in the room" a chance to work together and collaborate and solve real-world problems.

Full pitches and the awards ceremony are available on Palm Coast's YouTube Page. 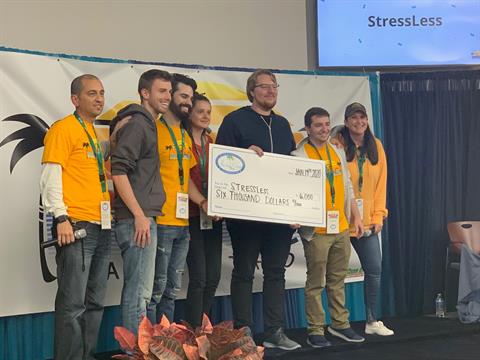 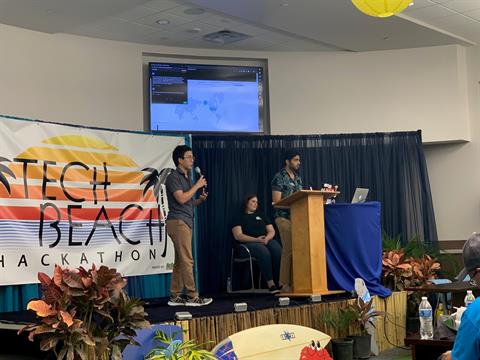 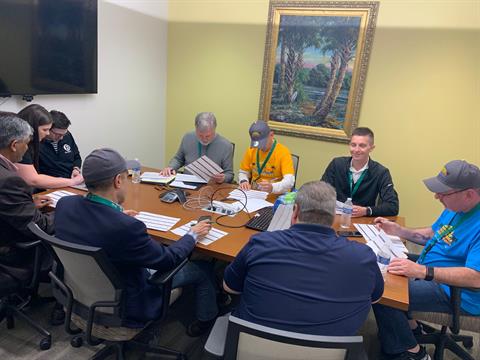 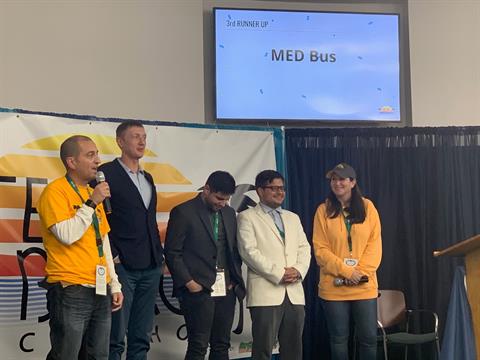 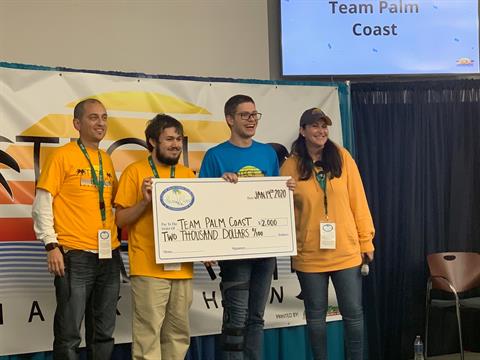 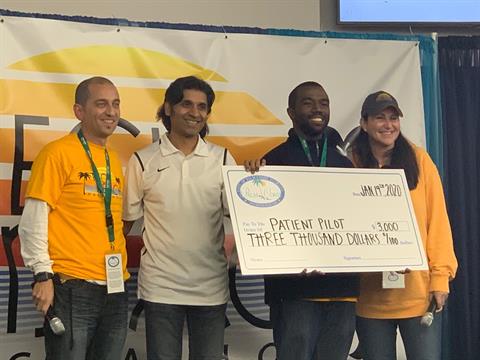 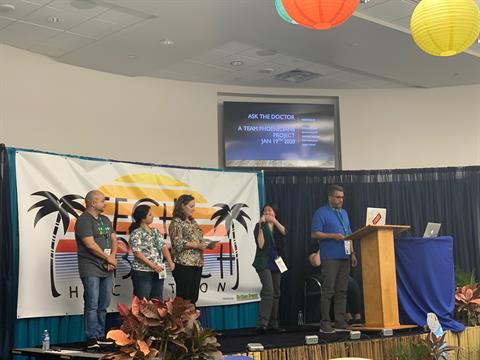 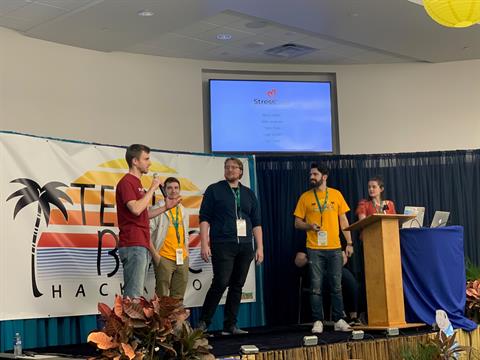